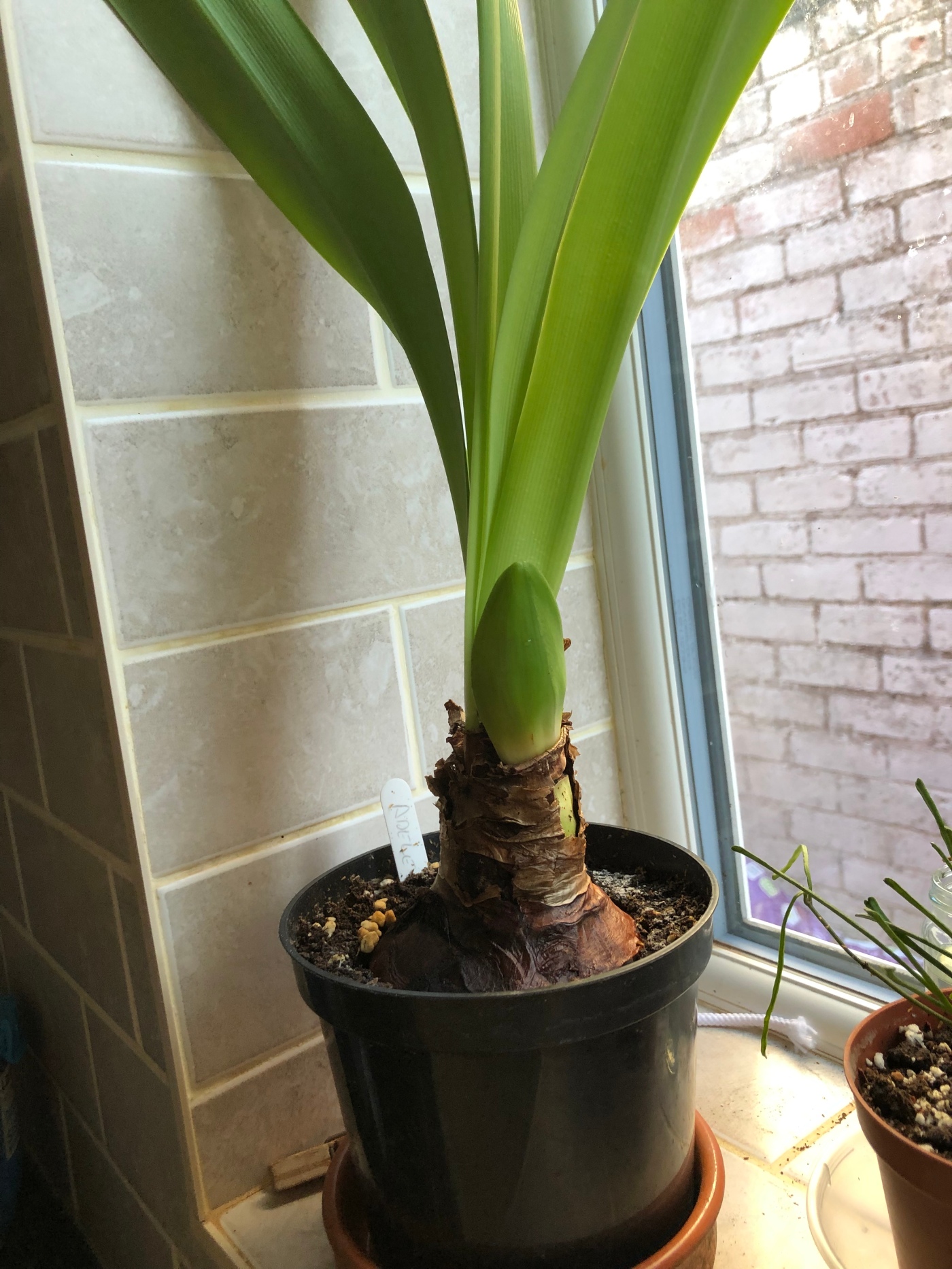 The Irritating Plant of the Month 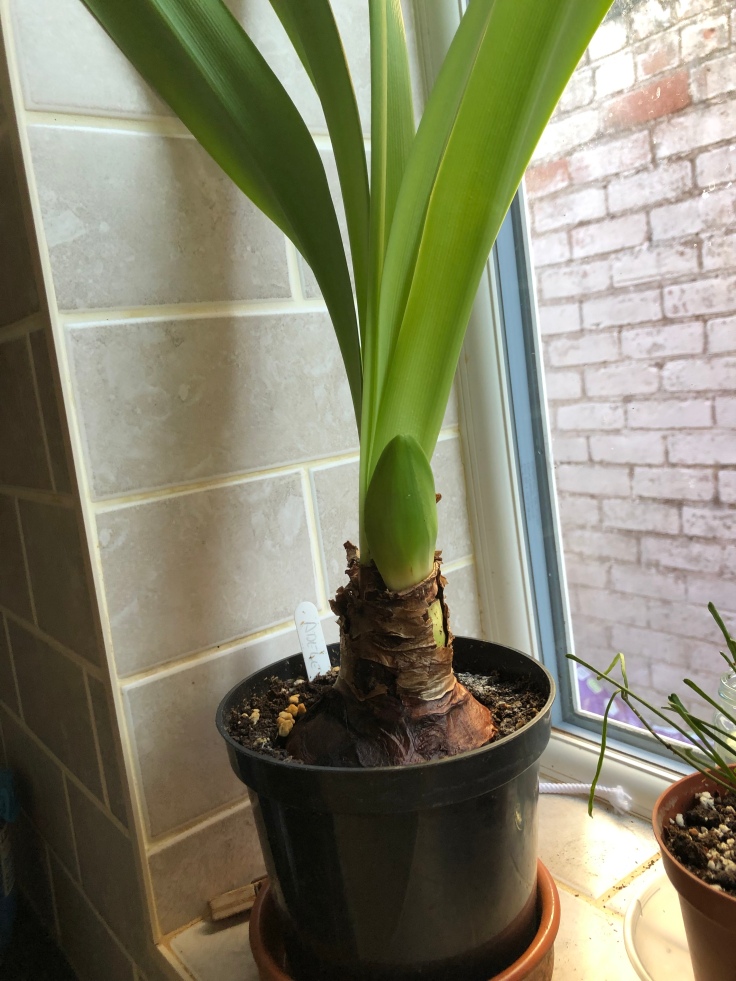 I purchased this plant back in the Autumn from a well-known and respected bulb company, I don’t usually like spending too much on these bulbs, as I find when the flower is finished you are left with a leafy, floppy plant to care for through the summer months into the autumn in an attempt to encourage it to re-flower. So with me they tend to end up on the great compost in the sky.

In the past few years  I have tended  to purchase cheaper bulbs from various places, such as supermarkets, a cheap local nursery, or cheap mail order catalogues. This has usually resulted in an ok display of Amaryllis flowers that usually lack that  joie de vivre that so many other people appear to achieve.

So last year I decided to treat myself to a quality bulb in a bright colour in attempt to brighten up the winter months.

I decided on a variety called Adele, it is described as a bright, rich, orange colour with pink tones.

After 4 months of growing, mine has leaves, and a flat bud. That’s it, it’s done nothing except sit there demanding to be watered and sulking, big floppy annoying leaves take up room on the kitchen windowsill, which is a prime growing spot in my house.

Times up and lesson learnt, back to the supermarket next time.

Take a look at more Irritating plants over at the Blackberry Garden Blog.

4 thoughts on “Irritating Plant of the Month”