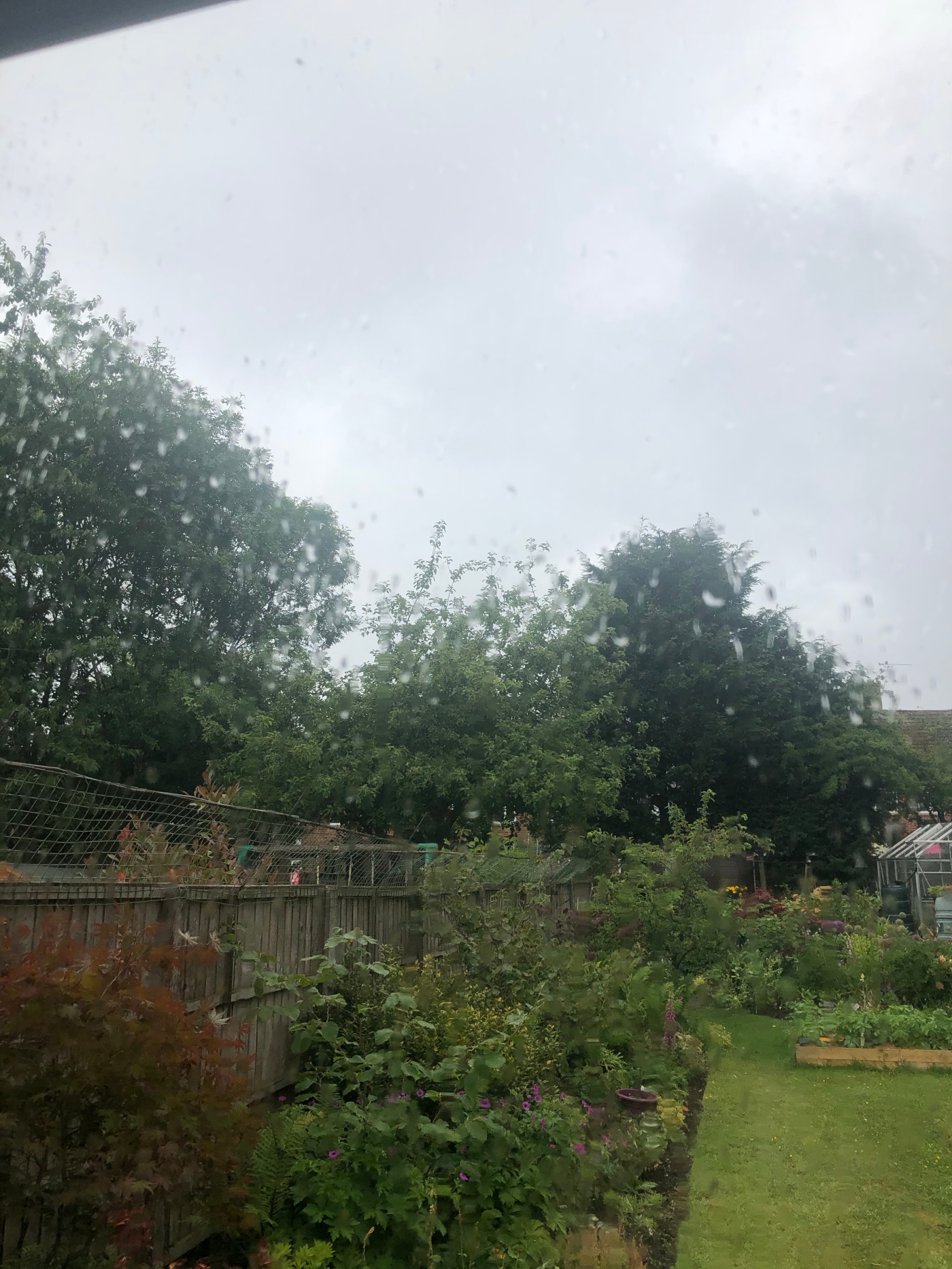 After weeks and weeks of no rain, we finally have had a few heavy showers. The garden is eagerly sucking it in. We are still in partial lockdown, I’m still off work.

I’ve never before been able to give my garden as much attention as I have in these past few months, and I know I never will again in my lifetime. I compared this time to my OH as like being retired with no access to a car. Although If I were retired I’d be at the seaside every day.

However I have made a quick first trip out since being allowed during these strange times to small herb nursery which was implementing social distancing, It was a nice drive out, a nice walk around, and a few plants were purchased. However, it was noticeable that the nursery did not have much stock available, the lady running the place said people were buying a lot of plants from her and she was struggling to buy in anything she needed such as materials and any other plants.

When the lockdown started, I’d not been able to purchase all the seeds I wanted to grow this year, as mentioned in my last post, I had planned a lot of travel this year, so the garden was going to be ticking over instead of full-on. However, as things have turned out, now I’ve had to use what seeds I already had available to me and hope I could purchase a few other varieties, with sales running at 500% over the norm at some retailers. I managed to buy some veg varieties and a few more flower varieties. 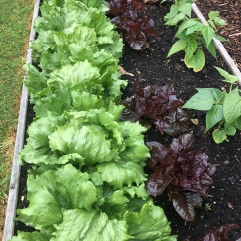 I decided to grow as many edible crops as I could fit in throughout the garden, at the start of spring we had no idea how available fresh food would be, and there were worrying scenes of panic buying in many places, this soon settled down now we can buy most things now if only after a short queue to get in.

It remains to be seen if there will be seed shortages later in the year, at the time of writing this post I’ve been reading about compost shortages, and rationing has started in some areas. It appears supplies are struggling to get through and keep up with the new huge demand in horticulture goods.

I’ve currently got growing some splendid Iceberg lettuces, a plentiful supply of Radish, but my Courgettues look grumpy, I’ve given them a feed after planting out in the hope it will perk them up.

My favorite veg, the Sweetcorn are in and growing well, I should be harvesting these from September.

I’m also having a go at growing Potatoes, I don’t have any room in the ground for them, so I’m trying them in the style of No-Dig. I copied Charles Dowding’s methods, cardboard down, seed potatoes on top, compost, or other growing media on top. I’ve used wooden edgings to hold the compost back and preserve the surrounding grass. (my lawn). The compost for this came from one of my homemade compost bins, and when I’ve harvested in late summer/early autumn, all the compost will go back into my bins, and I might sow wildflower seeds on the remaining bare earth. well, that’s the plan.

In the Greenhouse my Tomatoes are growing well, I have used seed from my existing stock,  even though the seed was a bit old, I’ve managed to germinate some Tomato Matina and Tomato Sungold and Suncherry. I’ve also gots some pots of Strawberries ripening soon,  the variety is Marshmellow, and so far the birds have not spotted them…… a win for me. 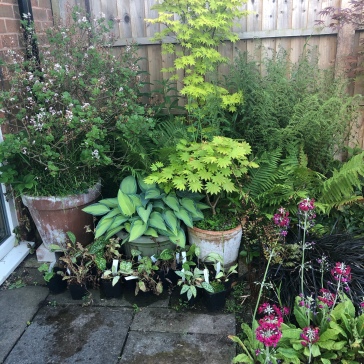 Elsewhere in the garden, the signs of spring are turning into signs of summer, my geraniums are starting to flower and my shady – leafy corner is looking very cool & lush. My Chatsworth Acer and Hosta June looking striking next to each other with some new Pulmnarias that need planting.

I’ve certainly got plenty of time to do that in the coming weeks.

Until next time, bye for now and stay safe.

6 thoughts on “After the Rain – Gardening in lockdown”