As there are only a few days of 2013 left and I’ve been for a stroll around the garden in the cool mist this morning, looking for signs of new growth and making planting plans in my head.

END_OF_DOCUMENT_TOKEN_TO_BE_REPLACED 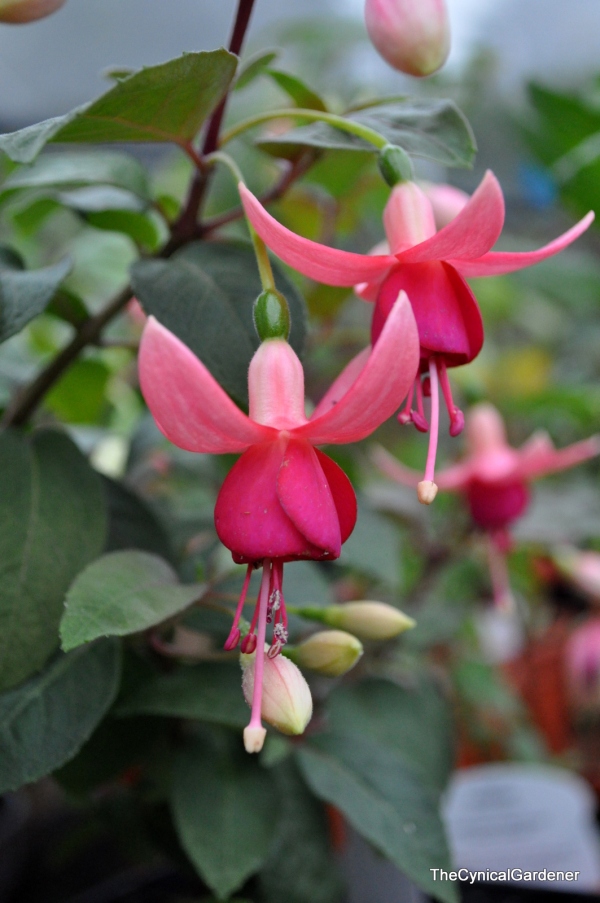 So we actually had quite a bit of summer weather, but those long hot days, dry spells and humid nights have suddenly gone, It’s like a line has been crossed and we are now subjected to sudden showers, blustery winds and early dark nights.

END_OF_DOCUMENT_TOKEN_TO_BE_REPLACED

On Wednesday 12th of June I took my usual pilgrimage to the NEC to visit The Gardeners World Live Show. I’ve been to all but 1 of the shows, I think I missed 2009 when I was gallivanting across America.

I have always tried to visit the show on the first day, this is due to the fact that I only really go to the show to visit the Nurseries and any choice plants tend to sell out after only a few days.  The Show is also one of the nearest to me, only 40 mins up the Motorway, whereas Malvern, Hampton Court and several other decent Shows are up to several hours away.

I set off into the show just after it opened and made straight for the Floral Marquee, according to the show guide there were 100’s of stands, but with all the obvious room in the marquee I think the stands had either shrunk or a few years ago there were almost twice as many.

I usually do a grid system walk, up and down each aisle so as not to miss anything, but the marquee was quite empty for a good hour or two after the show opened that I was able to do several walks by each nursery.

For the first time ever in my history of visiting I did not buy anything for the first two hours, normally I’ve made two or three visits back to my car with purchases.

The above Penstemon was lovely on Hardy’s stand, I don’t know why I did not buy one.

There were all the usual stalls with lovely plants on display, Ferns, Alpines, Grasses, Mixed Cottage Garden plants, an Aquatics stand, Hostas, Fuchsias, and Lupins were available. But I’m sure several regular stall holders were missing, I’m sure there was a Hosta stall missing and many Mixed perennial stall holders were not there.

Instead in the middle of the Marquee, taking up quite a bit of room was a large floral display.

The display was called enlightenment, and it was build by Birmingham parks Department,, it was celebrating the opening of the Library of Birmingham in September 2013, and was focused on JRR Tolkien and other Birmingham Authors.

I found my usual stand with my favorite plants on display and for sale.

I made two of my three purchases from this stand, a Sarracenia Flava ‘Maxima, and a Sarracenia cv Juthatip Soper x Sarracenia Leucophylla.!  Which basically has lots of pink and white bits in it.

There were also quite a few Cacti and succulent stands, I was surprised at how expensive many of the plants where.

This gorgeous Godetia was on the Hardy’s Plants Stand, but they were only selling seed of it, not any plants.  Shame really.

I had gone to the show with the intention of buying a few Lupins as so many of mine had failed to get through the winter, however the only nursery selling them wanted £7 per plant or £15 for three plants. So all I could afford was a packet of seeds instead.

I decided after several hours in the floral marquee that I had better see some of the rest of the show, I used the map in my show guide to make sure I walked by every stall outside, I found a few plant stalls in the newly created area called the RHS Plant Village, which in previous years was called the plant market and was set up in the main hall, however this year’s plant village version has considerably smaller.

I usually don’t pay much attention to the show gardens, they are usually very busy with people fawning over the TV celebrities who  are filming for the TV program Gardeners World on BBC2.  However this year the BBC were not getting involved with the show, and I was told it was due to ‘cutbacks’.    I set off in search of the show gardens mainly for this blog.

What I found was quite underwhelming in my opinion…..

This was called In Perspective, I really had to try hard not to laugh out loud at this one….. I called it What’s the point.!

This was called Wrapped up in willow and Water. 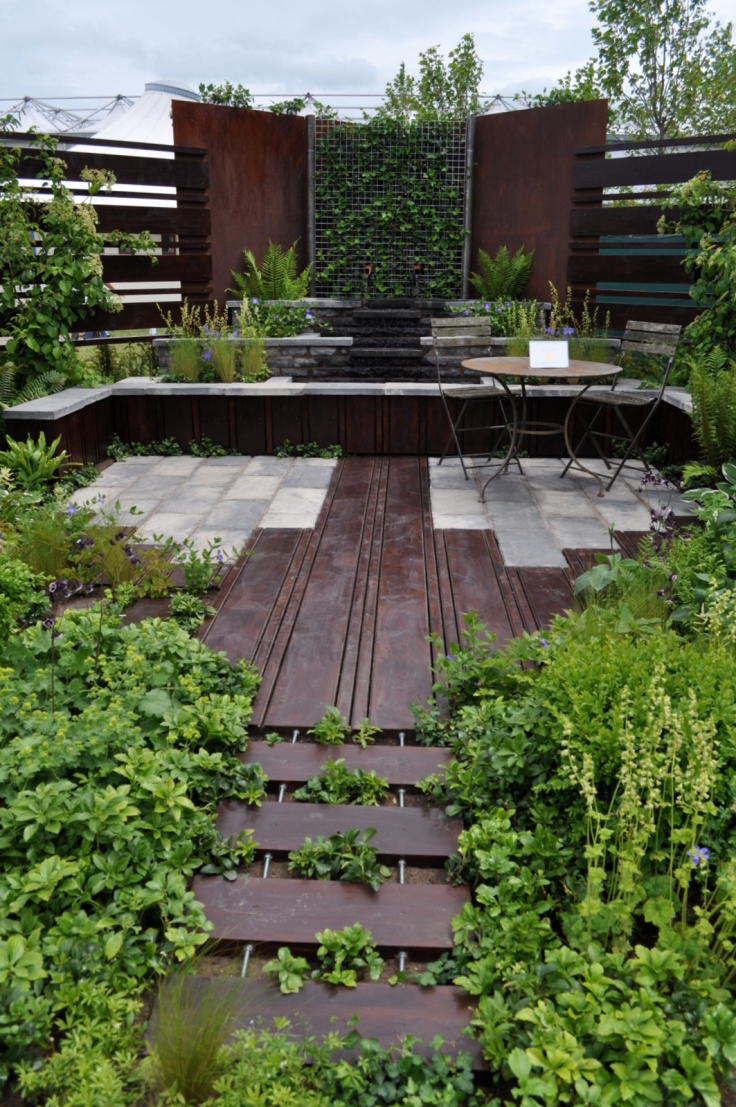 And finally.. the best in show….

Overall I was quite disappointed with this years show, Considering how much the entry fee was, on top of that the £10 to park my car, and the noticeable lack of nurseries in general, which appeared to have been replaced with stalls selling plastic ornaments, Solar panels, and for some reason a stall selling disco lights.

I’m sure that real Gardeners and hard core plants people with seek inspiration from other shows and plant fairs.

I’ve decided not to buy a ticket next year and try to get to the RHS Tatton Show instead, I cannot go this year as I’m working.

Thank you for reading this far, and may I leave you with a pair of Cacti Bum Cheeks.